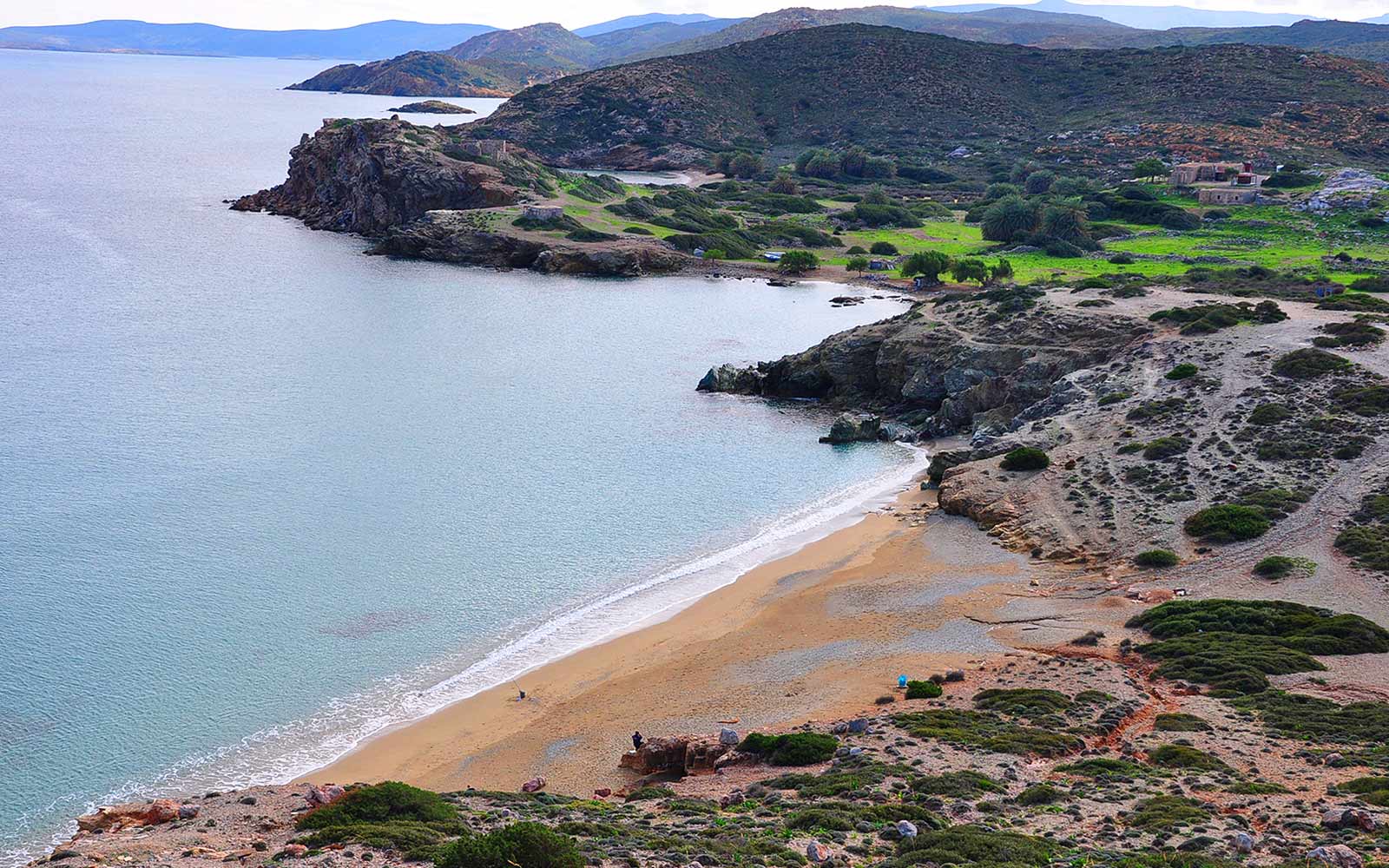 The name is taken after the ancient city Itanos, sited in the area. Next to the archaeological site of Itanos there are the three consecutive bays of Itanos or Ermoupolis (a second name of the region). Thus, you can combine your visit to the archaeological site with a dive in the cool waters. It is noteworthy to tell that part of the ancient Itanos has been identified under water. Thus, a unique experience is to snorkel above the ruins.

In fact, there are 3 beaches here: the first is the one at the end of the road, the second is reached walking to the north (the beach on the photo) and the third is also reached walking south behind the small fortress. The third one is also suitable to spend time under the shade of the palm-trees.

Three low, rocky hills host the three different excavation attempts. The first, visible as one approaches the end of the road to Erimoupoli, is the clearly marked and fenced hill to the right.

The hill to the North of this site (to the left as one looks towards the sea) hosts a small Necropolis and can be easily missed because it is not marked. Several large slabs from ancient graves can be found here, and most artifacts from the excavations are exhibited at the Sitia museum.

On the imposing rock that separates the two of the three beaches of Erimoupoli one finds mostly remains from the Byzantine town, along with the well outlined foundations of a large Basilica. From this point one can see opposite teh bay to the south another patch of ancient ruins.