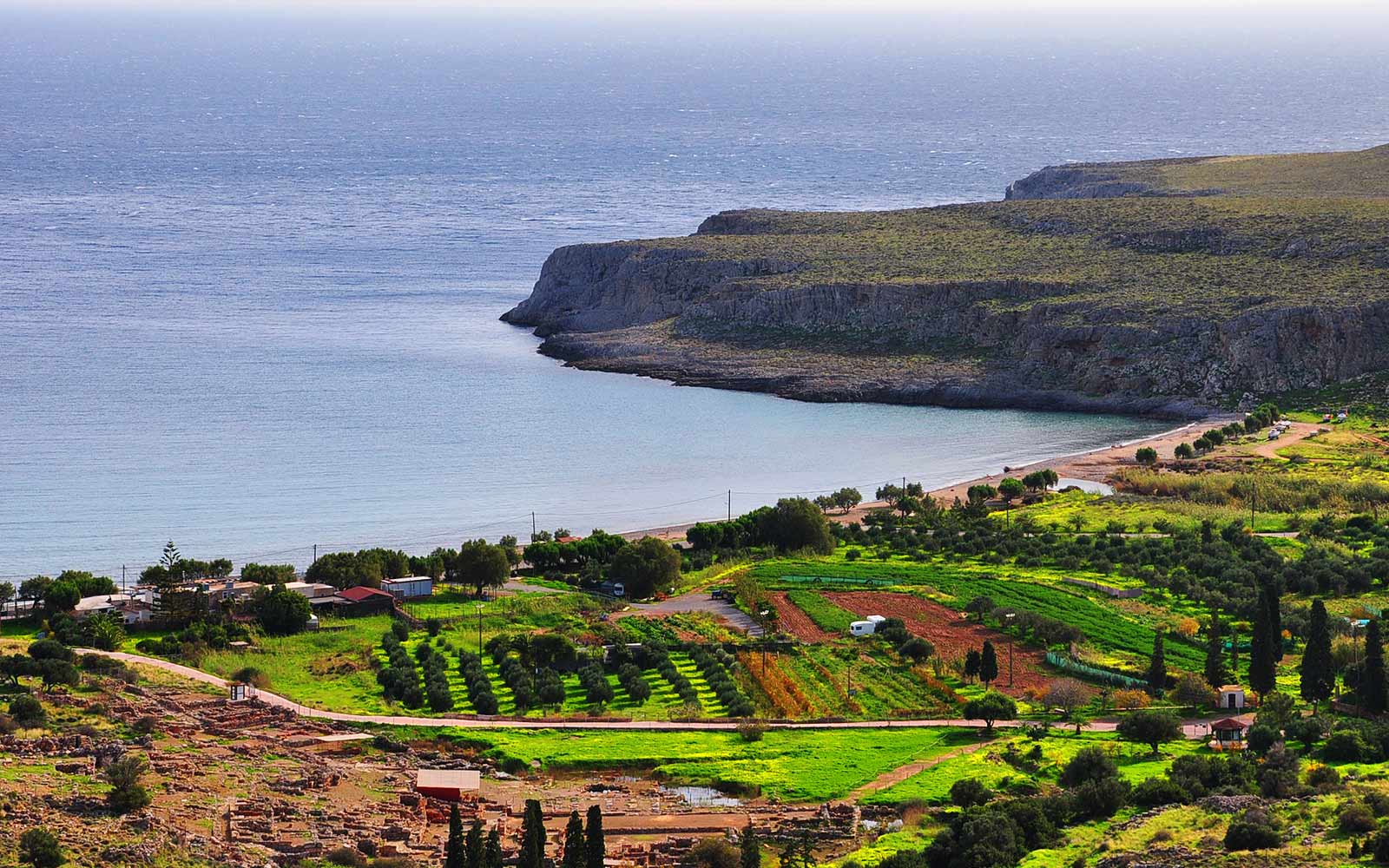 The setting of Kato Zakros is simply amazing. You are by the sea with a large pebble beach and often-dazzling waters. It’s quiet, feels as “real” as a beachside place can, there is a little tourism as such and what there is mostly consists of daytime visitors to the Palace of Zakros archaeological site.

If you come in Kato Zakros, you must visit the famous wild Gorge of Zakros with the creepy name: Deads’ Gorge. It is named after the many Minoan graves found in its cavernous sides of the gorge. The canyon is easily accessible and hiking from Zakros village takes about two hours. The most famous site of Zakros is located near the exit of the imposing canyon. It is the Minoan palace of Zakros.  You can also visit in Pano (Upper) Zakros the springs of Zakros, that form a small oasis with plane trees amid the wild landscape of Eastern Crete.

If you have time you can walk (1 hour) by a clear-signed path from Lato Zakros in the secluded Cave of Pelekita, which is one of the largest in Crete with its length exceeding 300m.