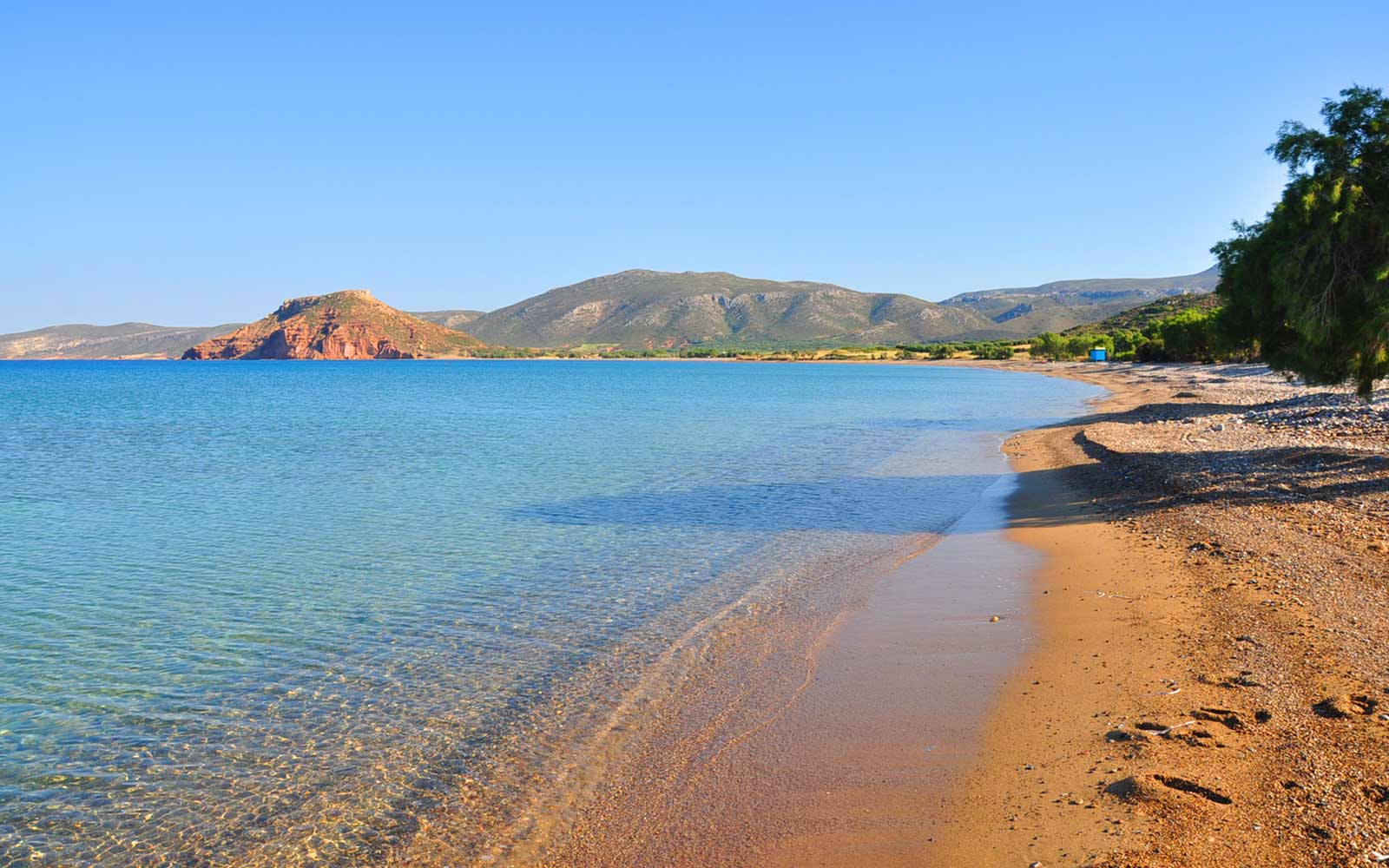 Kouremenos beach (1,8km far from Palekastro Village) is the longest in the area with a length exceeding 1.5km, bounded on the north by the small harbor area and on the south by Kastri hill. It has fine brown sand, shallow turquoise waters and several tamarisk trees around. It slightly organized in some areas with umbrellas, showers and beach bars.

A huge advantage of the beach, mainly due to its orientation, that makes it so popular, is that despite the wind speed, there is no ripple formation to the shore and swimmers can enjoy the sea undisturbed. The water tempetature is about 24-26 degrees Celsius between June – September, and the outside temperature ranges from 28-33 degrees Celsius.

The beach is beautiful but the main feature of Kouremenos is elsewhere: the wind. The beach is exposed to the strong northern winds that blow steadily throughout the summer, which has made it famous to athletes and lovers of windsurfing worldwide. Thus, the wind force is stably between 4 and 7 Beaufort. During the summer season, the average wind force is approximately 6 Beaufort, making Kouremenos the most wind-certain spot in Europe. The most used sail size is 4.5 – 5.3m.

It is no coincidence that there are 2 windsurfing school on the beach, while in June 2009, the European windsurfing competitions (freestyle category) were held in the beach.