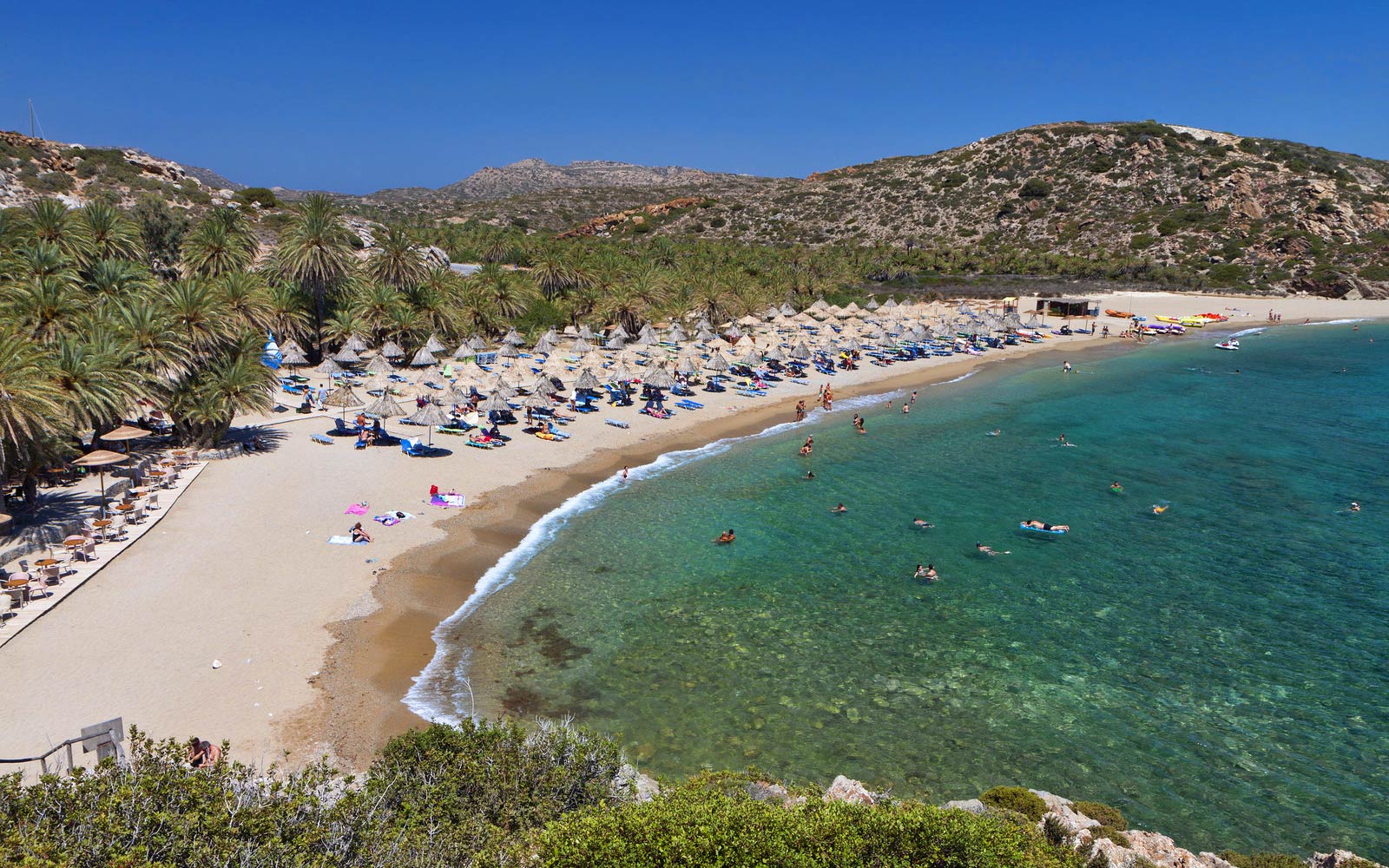 The palm beach of Vai (Greek: Βάι) is one of the largest attractions of the Mediterranean island of Crete and is located 7 km north of Palekastro Village. It features the largest natural palm forest in Europe, made up of Cretan Date Palm (Phoenix theophrasti).

For tourism Vai was discovered at the beginning of the 1970s by Richard White and friends from North London, Belfast and Bavaria, at the end of that decade it was popularised by the last hippies who fled the hot-spots Matala and Preveli. At the beginning of the 1980s Vai was full of backpacker tourists from the whole world, leading to a mixture of chaotic campground and garbage dump. Vai was enclosed and declared as a protected area. The unique forest recovered, the beach became clean.

It is now a big tourist attraction and in August it is difficult to find a spot on the beach or indeed anywhere to park. lf you need the toilets you have to pay a euro or two. Because it is necessary to pay for parking, people park on the road so access can be difficult.

The palm beach, which belongs to the Moni Toplou, is the touristic center of East Crete, with thousands of visitors each year. Vai lies close to Palekastro, Sitia and the Dionysades islands.